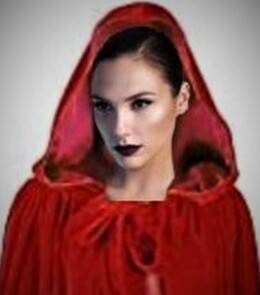 Part 1
ISSUE: Muggle Relations
DESCRIPTION: If the muggles are at war with each other, wizards can easily help out using magic. They can use charms to help alleviate the tension between two muggle countries. If your country knew that wizards were helping your country with war and freedom, would they be accepted? In addition, do you think that there would be much reciprocation if wizards were at war with each other and your muggle country knew? Share your thoughts using the point of view of your country of choice.

Your post must be made within this thread to count. There are no specific word counts as long as all of your posts of Parts 1-3 are accumulative to 1,000 words. Your post can either be OOC or IC. If you would like to challenge yourself, it is best to have it IC so that your character is gaining the knowledge (although we all know you are, too!)

Good luck and have fun!

Alexx has an array of papers, all her own personal homework on France's state in all this. The first document was titled “King Louis XIV of France: Decriminalization of French Witchcraft, 1682”. The purpose of the document was to focus on fighting back against the heavy prosecution of witches, and never once did it deny their existence. However, upon the edict being presented, King Louis fought back, stating that all “Diviners, Magicians, and Enchanters” be sentenced to death upon their discovery. On one hand, many people thought of witchcraft as a sort of “pretend-magic”, or otherwise none existent. On the other hand, this particular edict opened the opportunity for discovered or suspected witches and wizards to be sentenced to death according to the severity of their crimes. Despite the practice of execution no longer being implemented onto witches and wizards in the modern era, Alexx believed that this particular documented highlighted how those possessing the abilities were treated in France.

There were more documents, regarding the canon law of the twelfth century in France (these laws being the laws of the Catholic Church). Though this piece was published before the Catholic Church began practicing the execution of heretic (in which, sorcerers were considered such), it held a claim to “leniency”, which historians could recall that this document did not call for witches to be punished by flames. However, it did claim that those possessing powers were bewitched by Satan.

France left behind capital punishment in 1982, however, and therefore, no “magicians” would be punished to death. But the question is.... How would muggles take to the idea of their existence? Clearly, the belief of witchcraft and wizardry was held in France long before today’s age, but skepticism is more practiced now, given that 29% of France’s popular claims to being atheists, and another 63% identify as non-religious. This meant that there was a window, a very brief one, that allowed for there to be some debate on who's side France was on religiously. While they had previously been under the jursidiction of the Catholic Church, the new ideas of this generation religiously could challenge the old. But it was a risky move, and the past couldn't be erased. How was one to promise that they wouldn't return to the old ways, or that a radical believer wouldn't spiral? Religion, when mixed with politics, got messy. France stuck to the side of neutrality rather often, so it was a rough area. They could play it on both sides.

Alexx decided she would like to start by reminding the floor that France has only been involved in thirteen wars in the 21st century. Six of these wars have been won, the remainder are ongoing. All of these wars have been won without known knowledge of there being any authorized help from the wizarding community. Furthermore, these wars are typically backed by the United Nations, and France has an abundance of allies supporting them in all thirteen of these wars aside from one on-going war, being the Opération Chammal, which is their war against the Islamic State of Iraq and the Levant.

So, in what situation would the force of magic have to be used? France has never asked muggles to step in and help with their wars involving magic, which have been very few according to my sources, so this seems unnecessary and unlikely to happen. In short, France does not stand with this idea. It was easy, because this was an argument in which she could agree with. Perhaps she had a bias, but it made it easier to argue when she could agree with the topic at hand. Passionately, she agreed that those blessed with magical abilities had no business intervening in muggle problems.

Furthermore, there was a call to recognize that France had no form of capital punishment towards and citizen of France, magic or muggle alike. However, this would like to suggest that the exposure of their existence could convince the French government otherwise. While this argument is made with good intentions, the points fall moot, because, as Alexx decided, they fail to recognize if people agree with this that the exposure of their community could be detrimental to all those in question. The last witch legally executed was Janet Horne in 1727. That is only 292 years ago. Not only could they not guarantee that they would be accepted, which is a valid argument that they would not, that can also not guarantee the protection of their community.

With that, Alexx had a completed argument. There was no suggestion that the French government would take kindly to this, seeing as though their past views stated that they would not, and she didn't believe that any further reasoning was necessary. Not only did the magical community have no business being involved in this field, but it just wasn't reasonable. It was a case, one that the French government would stand by.


Reducio
OOC: It's late, but I'm playing catch-up. Let me know if anything else should be added!
chill babe. we're all bad in someone's story.

What did she think she was doing? What was she even doing here? Fidgeting with the thin manila folder in her hands as she surveyed the classroom she was in, Ami couldn't help but feel the panic rising in her throat, an invisible hand reaching out and choking her before she could even attempt something resembling a coherent sentence. Swallowing nervously, she flipped open the folder, her eyes scanning her handwriting, tiny and cramped, meticulously spread across the torn-out pages of a yellow legal pad. Her father had always had stacks upon stacks of these iconic pads in his office, where she did most of her homework, and she just always felt better when she used them. Taking a deep breath, she forced herself to look up from her notes at the people in the room, reminding herself of what she had found during her research, and the arguments that she had prepared.

But seriously, what was she even doing here? She wasn't good at academics, holding perhaps an A average at best, and certainly had no interest in politics, but something about Model UN had just drawn her in. But... Taiwan? She couldn't help but feel at least slightly disappointed. She had, of course, a strong bias towards the country she called home, but she supposed that Taiwan would be alright, too. She thought if she got America, at least she would know how they felt about witchcraft. Weren't the Salem Witch Trials enough of an indication? But After all, how hard could this little bit of research be?

Turns out, it was hard. Very hard. And, very confusing. Taiwan was a country but not a country and the same time, which kind of blew Ami's mind. It was like the non-Newtonian fluid of countries! Recognized by 19 countries as a country, but none of the major superpowers or the legitimate UN itself. They had their own president, their own government, and most Taiwanese people recognized their home as an independent country, yet there were no American ambassadors to Taiwan, and there were no Taiwanese consulates. But, whatever. She wasn't here to wonder if Taiwan should be a country or not, she was here to carry out and extend its views on wizarding influence.

Taiwan's version of witchcraft was entirely different from England's version. Whereas England and American had wands and potions, Taiwan's magic was closely tied to its religions, the three main ones being Buddhism, Taoism, and the local folk religions. Their religions consisted of several gods, each having an area they ruled over, and they would pray to the appropriate ones to grant them wishes or good luck. Others who pursued their religion even more closely would learn chants and other special, ceremonial types of prayers to elevate their connection with the spirits. However, because there are no notable or particularly well-known wizarding schools in east and south-eastern Asia, this was generally the closest anyone ever got to becoming a wizard or a witch. Of course, there is evidence of wizards and witches who have advanced further, contributing great things to the wizard society. For instance, Quong Po, a Chinese wizard who discovered the uses of fireball eggs, or Dzou Yen, a Chinese alchemist. This shows that Chinese and Taiwanese wizards had at least a little bit in common with European and American magic.

The Boxer Rebellion in China was primarily the result of the unwanted presence of Western missionaries trying to convert the Chinese over to Christianity. While Ami knew that this didn't have much to do with Taiwan, directly, it still showed the effects of Christianity in the region. Suddenly, people started turning their backs on their native religions, with Buddhists and Taoists being treated like hell-spawn or the devil. It was heartbreaking, and split many families and relationships apart, driving a rift into the entire country, sending China spinning into a tumultuous chasm of chaos.

However, such religions have begun to gain ground again, sharing space with Western religions like Christianity. They have begun to gain respect, to gain credibility, and especially in traditional villages, these religions are being welcomed with open arms. They aren't anything like what modern-day witchcraft is thought to look like, mainly consisting of chants and songs. No instruments, no rituals, no sacrifices- just prayers.

However, Ami figured that they still wouldn't be all that happy with the interference of the wizarding community in wars and such, although they might've been willing to accept a helping into complete independence and democracy. The line between true wizardry and religion has been blurred many times over, especially in eastern Asia's history, but she felt that there was still some lingering wariness and suspicion coming from the No-Maj's side. Modern wizardry, like they were learning in school now, was a giant leap from what Taiwan probably thought of as the "extremes" of magic, and there would most likely be outrage at the thought of pure magic in their country. The Taiwanese tended to be proud, though, meaning that the magical community would most likely hold the same views as their non-magical peers.

Goddammit. Why did this make her head spin so much? Sighing, Ami looked around the room, waiting for someone else to start- someone who actually knew what they were doing, unlike her.
holy moly gosh i'm sorry this is so late
According to all known laws of aviation, there is no way a bee should be able to fly.
STA 7 | EVA 8 | STR 15 | WIS 6 | ARCP 3 | ACC 12
martial artist | prodigal transfig | spell spread
Back