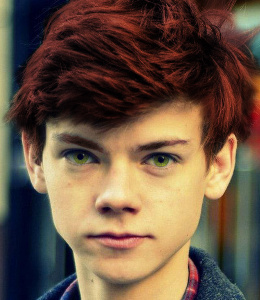 Errand  Much Ado About Mudbloods

Though the summer seemed to have helped his relationship with Ruka, his relationship with Flash seemed to only have weakened, almost as if in retaliation or to balance things out. Furthermore, Erin was still behaving strangely toward him and Jack couldn't understand whether she wanted to kill him or what because she called him her ex as if their relationship had ever actually been real and not just a huge misunderstanding.

His stomach still churned strangely, though he knew not with what, when he recalled how she had stolen his first kiss after having lured him to help her wash her spider for a previous pet-washing errand. He was fairly certain neither of them had wanted it, so why had she done it? Spite? If she didn't have her emotions anymore now that her locket had been confiscated, what sort of logical or practical reason could there have been for her use of what was now known throughout the school as the 'Tyranni Tactic'?

Well, it wasn't as though anything could be done about that now. What had him more concerned than Erin's behavior and potential future actions towards him was the upcoming Fall Ball. There would be many people there; people he wasn't sure he wanted to interact with. Flash had been given the honor of assisting with the ball's set-up as a result of being one of the top earners for house points the previous month. Jack couldn't help wondering if the points had been earned for Opeila again or if it had been for Flash's own sake.

Or, Jack thought bitterly, maybe he just wanted to gain the admiration of the masses as Jack had always thought he had from the beginning. He'd thought maybe a single true friend or two might have been enough to make Flash change his mind, but if the other Slytherin's trust in him had been so easily shaken by Erin's words, it didn't matter. Clearly Flash didn't trust Jack as much as he thought he might have been able to. Either that or he liked the quantity of the company he kept more so than the quality.

Well, whatever. He had to stop thinking about Flash. Though Selim had been rather elusive and a bit more distant than he'd been with Jack since their first year, his other dorm mate had still expressed wanting to spend time with Jack at the ball and maybe share a dance with him. Selim would be attending the masquerade ball - the ball that Flash would supposedly be overseeing, and it made the redhead's gut wrench at the thought. Unlike Flash, though Selim at least still seemed to trust Jack somewhat.

And then, of course, there was Ruka. He thought of Ruka as so close to him as a brother now that the Welsh boy found it difficult to recall what life had been like for him as an only child after just their few months living in the same house with the same parents together for the summer. In fact, he sometimes even forgot to think of Ruka as someone he had by his side because he practically thought of him as an extension of himself. If they hadn't been close enough before, practically being able to read each other's thoughts, the binding mark Jack used had definitely cemented their bond by now.

It was with Ruka that Jack had planned to go to the ball, unwilling to upset Erin any more than he already had and tempt fate by asking anyone out as a date. It would just be two brothers, practically twins, with matching costumes and masks. Though Ruka had suggested they spend most of the evening at the masquerade ball and Jack had agreed, the fact that Flash was in charge of it had him on edge. Perhaps they could visit the costume party first until his nerves calmed down. But...why was he so riled up? He had no reason to be like this.

Eager to get his mind off the upcoming ball, which was set to start that very evening, Jack decided to focus on completing his flag before then. There wasn't much time left; only a few hours to get ready. Even he and Ruka already planned out what they were going to wear, there was the question of getting emotionally and mentally ready as well. No, no, no....Focus. He had to focus.

What were they supposed to do with flags again? Since their first conversation about his request to put up his club fliers in her classroom, Jack had been uncertain of what to think about Professor Galim. He'd found her to be rather...ambiguous and vague and his idea of her was similarly ambivalent. He thought, with some annoyance, that her instructions for the errand she had set out for the students was just as vague. The instructions had stated to 'create our very own flag that represents our origin', but what the heck did that mean? Origin of what? Heritage? Nationality? Ethnicity? Culture? Personal family? Specific place of birth? All of the above?

Even if it was a place of birth, was that supposed to mean they were just supposed to recreate the flag of their country? Where was the creativity in that, though? Was there meant to be any creativity involved in all?

Glancing around to the other students' flags around him, both finished and not, he tried to get a better sense of what was being asked of him. He may not have liked the obscurity of their expectations any more than the vagueness that Professor Galim had presented him with when telling him he would surely find out why using the term 'mudblood' wasn't a good idea, but even so, he was determined to give the errand his all. He didn't figure anything was worth doing if he didn't try his absolute best no matter how much or little he actually liked the task at hand.

♪♬ "There are precious few at ease with moral ambiguities...so we act as though they don't exist!" ♩ ♫

"It is absurd to divide people into good and bad. People are either charming or tedious." — Oscar Wilde 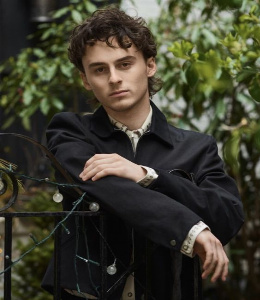 Errand  Much Ado About Mudbloods

Errands... it was almost hard to fathom how boring they were to do. Most of them didn't interest him by the slightest, but for once this one did. The task in question was to create your own flag and hang it up in the muggle room, a place which was his least favourite area in the entire castle. Hopefully, the enjoyment of creating his own flag would outweigh the annoyance of being in the most useless room in the entire school. It was clear that most muggles who attended Hogwarts were going to take part in it one way or another, so it was probably wise to be cautious as to who was going to be there when he arrived.

With his rolled up newspaper tucked under his arm, he made his way through the corridor at a decent pace, not in a hurry to reach and take part in the activities ahead of him. He weaved in out of various pupils who were on their way back to the common rooms, all done with their classes for the day and itching to get some rest for the long day tomorrow. That could of been him, but he was pulling his neck out to gain some extra pocket money for the holidays. All he hoped was that he wasn't wasting his time going to such a mainly muggle event.

After a few minutes he finally reached the room he dreaded most and hesitated before entering, a small sigh escaping his lips before reluctantly going inside. Upon coming in, the room looked deprived of people up until he walked further inside. On the far side of the room a familiar face caught his gaze, it was his dorm mate, a muggle in his own right. Percy should of known that he was going to be here, after all it would be his kind of thing too. Although, Jack seemed to have great joy in using his muggle disabilities to annoy him. So, he wasn't really the best person to see alone in a room like this "Jack Burnett..." he said loudly from the room from behind him, slowly walking closer to the muggle with an expressionless look "I should of known you'd be here, after all it's the probably the only room you thrive in" Percy added, before stopping beside a wall and leaning up against it with his arms crossed.

His attention moved to the blank paper in front of him that hadn't been touched by a single splodge of paint yet, a small smirk crossing the corner of his lips as he looked back to Burnett "I'll have to admit Burnett, you're flag so far does look pretty bland " the boy said with a small shake of his head "Are you trying to reflect your personality at the same time?" said Percy sarcastically this time down to his fellow roommate