Rows and rows of bookcases almost resembled a maze, filled with books that looked as ancient as the castle of Hogwarts. The sounds of someone flipped through pages, some chairs being dragged, a groan of frustration from some students as they tried so hard not to cry filled the atmosphere. Fingers caressed each book's bindings that desperately tried to hold each page together. One sneeze, it may go all over the place.

Despite being a Ravenclaw, the school book is definitely out of her reach. If it was not for the sake of her grade, no one will ever find the brown-haired girl stepped her foot into the library. She would probably prefer to sleep in the forbidden forest or have a nice hot cup of tea with a basilisk and dementor for one night than calmy reading a dense musty book for an hour. It will be a different story if it's a book about weird theories and magical mishaps. Those types of book are the kinds that will be glued to her hand at all time if she manages to found one.

"Marauding with monsters, Gilderoy Lockhart, sounds fake to me." She mumbled to herself as her eyes wandered around the shelf, looking for books that might help her for her transfiguration essay. Her short legs led her to the transfiguration section, there were too many books to her liking. It made her overwhelmed and confused on what to pick, although it is unlikely that she will read those she decides to choose.

"Beginner's guide, transformation through the ages- Merlin, which one should I chose."
After fifteen minutes contemplating with herself, she decided to take a wizarding scholarly journal called 'Transfiguration Today', just because it was not as thick as the others. She put down her school bag on top of the nearest empty table, slowly dragged the chair and sat on it. Before she began to read, a loud sigh came out from her mouth as she rambled to herself. 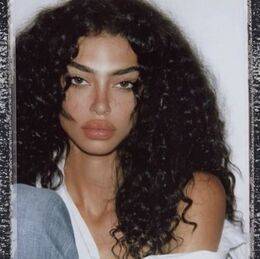 Olivia Ludwig
First year, Hufflepuff
63 9
Transfiguration 101: Annoying Students to Socks  pv Olivia L
As I sat in the library reading "How to transfigure different things" I looked up for a minute because I got bored of reading , the only reason I was reading was because it was for the homework from transfiguration, there was this girl going through the shelves, she looked about the same age. I saw her pick up a couple different books about transfiguration until she pulled one off the shelf and sat down in a chair. I could her sigh so I figured she must be stressed. After I figured that she must of been stressed I decided to go sit next to her! So I got up grabbed all of my belongings including the book that I had been reading about transfiguring things and plopped right in the seat next to her "hi" I said sort of laughing. As I looked down at the book that she was reading " what book are you reading?" I asked kind of annoying as I was also sort of laughing at myself. "Well this is another book that you could read" I said as I plopped down the book that I had about how to transfigure things. At that point I though that the librarian was going to say something to me for being loud but it also didn't really matter if she yelled at me or not.
OLIVIA LUDWIG

The scent of archaic paper struck directly to the nostrils. It was apparent that not a lot of students picked this scholarly newspaper for their 'light reading' activity. Aurora skimmed through the paper, so it would be faster for her to find the important things she could write on her essay.

"Edition 2085, the year of 1926. Transfiguration today? This is an ancient inscription!"

Her fingers followed through each headline and stopped at the 'Awkward Transfiguration'. Apparently, back at the day, there was a man who claimed himself to be an animagus then transfigured himself into a beetle. It was a total failure, obviously. He ended up having six tiny insect legs but his human body remained as it is. As she started to wandered through the land of even more awkward magical mishaps, a chuckled sound interrupted and followed by a hefty mucky book slammed right in front of her face.

"What book are you reading? Well, this is another book that you could read"

She swore she let it obvious enough that she did not want to be bothered, with her signature eye roll and loudest sigh someone could ever let out. This was probably the bajillion times Aurora sighed in a day. She should write it down on her resume as her newest talent. Without even bother to share a glance towards the voice, she said something with a really calm but annoyed tone.

"I am a bit- what's the word?- busy, if you don't know what that means, I would really appreciate it if you go to the dictionary section, thank you very much."

Then, she proceed on move the unknown book out of her sight and continue to read whatever it was in front of the paper. She really wished whoever that was would take the hint and find someone else for them to bother.