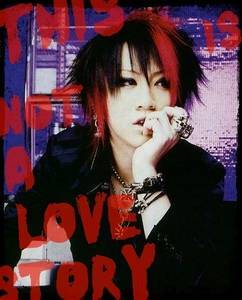 The library. Kazuo’s home away from home. If he could sleep in the library without facing the wrath of Finley-sensei, he definitely would consider it. Months later he still remembered the awe he had felt when he’d pushed open the door and stepped into these hallowed halls. The rows upon rows of books and the realization that he could access them whenever he needed to. The only thing that could have made it better was not having to share the sacred space with the other students. He made his way down the long space in the center, eyes fixed on the bookshelves, not even needing to look where he was going, so used to traversing the shelves at this point. His favourite section came into view, shelves dedicated to mythology and folklore, both magical and mundane. He turned down the aisle, lifting his hands to run his fingertips along the spines of the books, a gesture of fondness for the leather and paper that contained endless knowledge.

“What should it be today?” Kazuo mused to himself as his eyes scanned the titles written on the spines. “Norse?” He paused his fingertips on a copy of the Poetic Edda. A deep green book caught his eye. “Hmmm, maybe Irish. Something about faeries…?” He lifted a hand, freeing the book from the shelf with a slight smile. Two more were added to the pile then Kazuo turned his feet toward a particularly comfortable chair near the fireplace at the back of the library. He curled up in the chair, tugging his legs under him, and opened the cover of the first book.

It wasn’t long before he was completely immersed in his reading, completely oblivious to everything else around him. 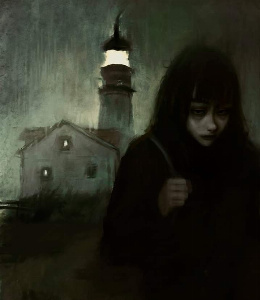 Violet entered the library, and immediately dropped her school bag on a table between the tall shelves and books that reigned the library. The Slytherin felt slightly more cheerful today, and had decided to drop homework a little bit just to go to her favourite place in the school. She loved to collect information from the many interesting books, it was her way of having fun, somehow.

As she searched for a book to entertain her and skipped rows and rows of shelves, she arrived to a spot where someone she had never seen before sat, clearly focused on a book. She didn't pay much attention to him, but she couldn't help but take a look at what the Hufflepuff was reading. When she saw that it was about Irish mythology, her eyes widened slightly.

Violet had started to take interest in mythology not long ago, when she had decided to try out other genres of books and study something new.

"You are interested in Irish Myths?" she told him from behind, soo that she could still see the book he was reading. "I've only started to read about the godess Dana. Maybe you can tell me a bit more?"

Kazuo had a bad habit of losing himself in whatever he was reading or studying, often to the detriment of his other senses. This was especially powerful when he was in shared spaces, an unintended skill that allowed him to block out the general noise that was other students ‘studying’.As such, he didn’t notice Violet’s presence right away. Or at all really. Content to lose himself in the myths of another culture, it wasn’t until she spoke to him that he was snapped out of his little world.

He glanced up but there was no one in front of him. His head turned slowly to the side, casting a look at her over his shoulder. He sized her up, wondering if he’d met her before. She looked vaguely familiar so he guessed that she must be another first year. Maybe they had classes together? Not that he paid much attention to the other students in class.

“I’m interested in all myths,” Kazuo responded with a slight smirk. “The collection of human experiences showcased in fanciful stories. But yes, Irish is my current interest. Do you like myths?” He asked in return, though her question about Dana implied that she must have at least some small interest. He thought about what he had read so far. “She was the first of the Irish gods, the mother of their race. Tuatha de Danaan, the People of Danu, they were called. I read that they came to Ireland from the west, sailing there from some mysterious place that no one has ever been able to identify. Danu was associated with water, rivers specifically, and she was the mother of the Dagda who was the first King of the Tuatha.” He frowned a bit as he tried to remember more. “Despite her importance, there aren’t a lot of myths about her. I think the Irish named a river after her? Can you add anything else?”