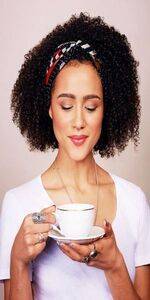 Sorrel Wright
Young wizard, Gryffindor
430 5 810
Who you gonna call?...Plant Hunters!  PV Darren   C
Her plant was gone. Not just any plant, but her plant. It wasn't one of the random plants that was around the greenhouse for students to touch and pretend to know how to take care of, while Sorrel watched with pursed lips. No, this plant was a fern gifted to the young professor by her mother when she heard that Sorrel was finally doing something with her life. Deena Wright had not approved of her daughter's travels around the world, wanting Sorrel to "do something with her life", to get the future that her father and mother had never received, being an immigrant and a shunned pureblood, who had betrayed his family by marrying a woman below him. They had wanted the best for their daughter, and when she received the news of employment to Hogwarts, Deena had finally supported her daughter's lifestyle as a skilled herbologist.

Although she wasn't an auror, being a Hogwarts teacher was good enough for the Wrights. As a show of acceptance, a small plant had been pressed into Sorrel's hands, that faithful day she left her warm house in Appley for the last time. The house hadn't changed in the long years she had been traveling, or while she had been at school. Warm and cozy, the evident signs of magic all around the exterior and interior, due to the strict wizard-only community and the sense of freedom.

The home, while many would consider it to be a haven, was not a place Sorrel liked to visit. She had accepted the plant from her mother with a hug, smelling the sickly sweet smell of her mother's perfume, before pulling away with the plant in her arms, the sent of pineapples lingering in her nose, as she stepped out of the house and walked away.

From that moment on, Sorrel had cherished the small little thing, tending to it with more care than she gave to most of the students or professors at Hogwarts. Somehow it had vanished, and Sorrel was more nervous than she cared to admit. Her mother, the one person in the world that Sorrel felt close too, had given her that plant and she needed to find it. She couldn't ruin her one link to home.

Panicked, the woman had searched the grounds of Hogwarts, finding students looking up from their studying, or their teasing of the giant squid. Sorrel paid no heed to those students, stalking through the grounds without her normal flustered expression or the familiar presence of her bird by her side. Rhys had, for some reason unknown to Sorrel, refused to join her on the conquest to find her mother's plant. When she had left the greenhouse, the bird had simply looked up from his perch, before sticking his head back into his green plumage and going back to bed.

Thus, Sorrel was wandering through the grounds alone, looking for a plant that didn't want to be found. Groaning, the woman settled down on the grassy field and closed her eyes, falling flat into the grass around her. Grass didn't bother Sorrel, and for a minute, everything felt fine as she basked in the sunlight, worry and nerves forgotten. Perhaps it wasn't the most becoming thing for a professor to do, especially when the little devils known as students were around, but Sorrel couldn't find it in herself to care. Not when the plant was missing, and when she was at Hogwarts, which was practically hell in it's self. Even the Professors were dull and dreary, not wanting to talk to Sorrel. Especially Leonie Scheinberg. Without Rosemary, Sorrel was dreadfully alone and without help in the conquest to find her plant and give detention to the little bugger who had decided to take it.

Running a hand through her head of curls, Sorrel opened her eyes again, to see a figure walking towards her. Face flooding with color, as she suddenly realized that there were more people around than just students, Sorrel leapt to her feet, instantly missing the feeling of lying down in the damp grass.

"My plant is missing." She blurted out, staring at the figure, who she couldn't see very well over the glare of the sunlight. "These kids kidnapped it, probably after getting a bad grade, and I can't find it. I was just, uh, taking a short break from searching for it.." Sorrel cleared her throat, cursing herself for her awkwardness, once again. She was in desperate need of assistance though, and that panic rubbed into her words as she spoke, almost frantically, as she squinted at the man.
Sorrel Wright
hopeless chocolate addict & head of gryffindor house. tarapoto tree-skimmers fan.

Darren Hurst
Wizard
63 6
Who you gonna call?...Plant Hunters!  PV Darren   C
Darren knew a thing or two about plants. Obviously, a Groundskeeper had to or how else would they get the job? During his own time at Hogwarts, he had excelled in Herbology and quickly rose to the top of the class. It wasn't enough to impress his parents, nothing was but he was proud of himself and that was all that really mattered. It wasn't that he hadn't been interested in the other subjects - no, he loved school and learning all about different kinds of topics but his main interest was Herbology. Somehow, everything all came back to the subject. While camping, he would find plants with interesting properties. When his parents talked him into a desk job in the Ministry, his boss eventually came to him for help with his private gardens.

So when a mysterious plant showed up literally right on his front steps, the Groundskeeper could tell that it was very much loved by it's owner. Thankfully, the fern hadn't gotten any damage but it was possibly left there overnight. It would do to bring it inside from the elements, give it a nice spot in a window that wouldn't get any direct sunlight later on in the afternoon. Making a mental note to try and find it's owner throughout the day, he grabbed his wand and headed out on the grounds. It was only later, after he had made his rounds to ensure that the grounds were still well-protected, that he practically stumbled upon the owner, laying in the damp grass.

"Right," He cleared his throat, unsure of what to say at first. He never was any good at talking to others, better at listening and wasn't very opinionated unless it was something that truly mattered to him. So, the kids had kidnapped her plant and put it on his doorstep as a joke? Did they know how unsociable he was? He sighed, this was turning into a mess for himself as well. It wasn't like he wasn't friendly with the other Hogwarts staff, he just felt awkward and uncomfortable most of the time. Were they looking down on him due to their intelligence, knowing that he had been interested in the Herbology position all those years ago? Well, that didn't matter now. He was happy in his position of nearly ten years. "A fern," he stated, as if she didn't know. "I have it."
- Darren (Rey) Hurst
Back