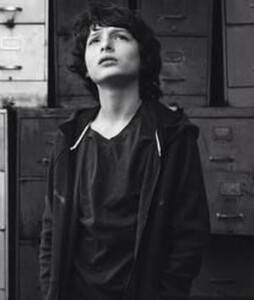 △ PRE-HOGWARTS history: Michael was born in Pembrokeshire, Wales to Eva Hartford and Adam Evans. The two shared seven children including Michael between themselves, and money issues were a constant in the family. When Michael was five, one of his older brothers died in a car accident shortly after his sister left for college. The loss, devastating to most of the rest of his family, however, did not affect him as much as expected due to his age. After the loss, Michael began displaying strange behaviors at home and school. Eva took him to many hospital visits to check for any possibility of sickness, and, finding none, decided that her son was a witch. Eva and Adam divorced shortly after, with Adam taking Michael and his two older siblings-Nick and Jacob-to live with him in Cambridge, England. The strange behaviors continued, much to Adam's surprise. Then, at age 11, a letter to Hogwarts was received through the mail. Adam was ecstatic to learn they had a wizard in the family, and due to the news Eva no longer keeps in contact with them for the most part.

△ HOGWARTS history: Not much can be said for his history at the school-being so new to the wizarding world as a whole. However, the second he boarded the train and heard of the houses, Michael had known that he would be sorted into Gryffindor. Once he sat on the stool, though, the hat had yelled 'Slytherin'-much to Michael's displeasure. Despite his initial disappointment, Michael has grown to enjoy the house.
Last edited by Michael Evans on 20 Aug 2018, 21:23, edited 5 times in total.
"I'm always doing things I can't do." -Pablo Picasso

△ November Morsus - He gave Michael quite a scare when they first met, actually, November hiding under the bed and giving all the others a bit of a surprise.