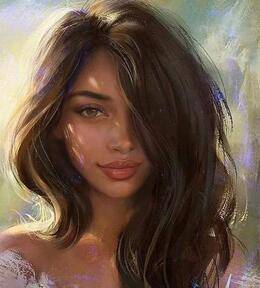 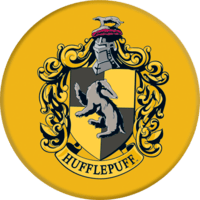 Charo is a half-blood, her mother being a witch and her father being a muggle. She was born in Oaxaca on the 23rd of July in 2006, and spent the first ten years of her life there. Charo has a slight Spanish accent when she speaks, but it isn't too noticeable. Her mother is Anita García, a witch who attended Hogwarts herself, and her father is a muggle whose name Charo was never told. He didn't want anything to do with Charo or her family. She never knew her father and doesn't want anything to do with him either, he abandoned her, why would she try to find him? Charo lived in Oaxaca with her grandmother, Isabella García who also went to Hogwarts when she was younger and was part of the Gryffindor Quidditch team. The three of them moved to England together when Charo was ten years old, a year before Charo received her letter from Hogwarts.

Charo is very stubborn, she likes things done her way and believes that is the best way, even if she knows she is wrong. Charo is very loyal to her friends and usually trusts people, sometimes maybe a bit too much. She isn't always the easiest person to get along with and can be a bit aggressive if she is insulted or if someone insults her family or friends. Charo is very protective and will do pretty much anything for those that are important to her. She is extremely confident and can be judgemental at times, often without meaning to. Her memory is also not the greatest, mostly because she doesn't always pay enough attention to things, but also because she is quite forgetful. Charo talks way too much and doesn't listen enough.


Living Family (Close Relatives On Her Mother's Side)


Living Family (Close Relatives On Her Father's Side)

Color Key - The relatives who went to Hogwarts will have their names written in a certain color (Yellow for Hufflepuff, Red for Gryffindor, Green for Slytherin, Blue for Ravenclaw). Those who went to a different school for witches and wizards (or didn't attend one) will have their names left in black.
Last edited by Charo García on 22 May 2018, 20:11, edited 23 times in total.
Charo García

These are all people that Charo has talked to or has been introduced to. People that she has just seen but never met will not be listed here.

Color Key - The names will be written in the color of the person's house (Yellow for Hufflepuff, Red for Gryffindor, Green for Slytherin, Blue for Ravenclaw).

Michelle Lynch - Charo met Michelle at the Hufflepuff Table in the Great Hall right after the Sorting Ceremony.

Amadea Campbell - Charo met Amadea at the Hufflepuff Table in the Great Hall right after the Sorting Ceremony.

Phedra Stavrou - Charo met Phedra in the corridors on the second floor.

Archer Dunn - Charo met Archer Dunn when they were trying out for the Hufflepuff Quidditch Team.

Aurianna Aspen - Charo met Aurianna when they were trying out for the Hufflepuff Quidditch Team.

Lucy O'Sullivan - Charo met Lucy in the Hufflepuff Common Room. She hasn't talked to Lucy much, but she is starting to develop a liking towards her.

Aravis Escanora - Charo met Aravis by the Great Lake. The two of them get on well.
Last edited by Charo García on 20 May 2018, 11:23, edited 8 times in total.
Charo García

Settling Into The Girls' Dorms

Warmth Around The Fireplace