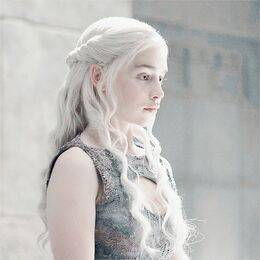 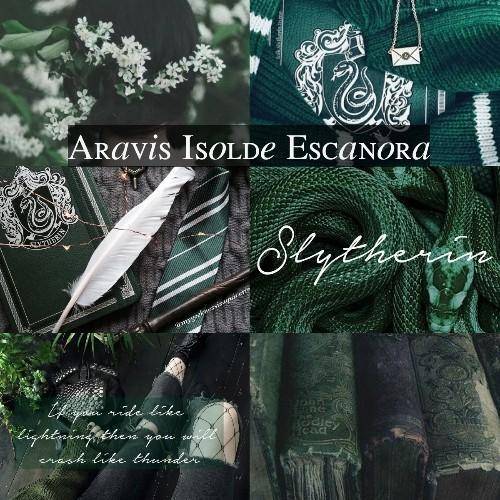 Who do I use as Aravis:  Emilia Clarke and occasionally Katie McGrath
Background

Aravis grew up with her Aunt, Farrah Haven; Uncle, Arthur Haven; and her Father, Percival Escanora. Her mother, Elvira Escanora, died giving birth to her. She has two bothers, one older by a day and the other two years younger. Her younger brother, Maven Escanora, has a different mother who also died. Maven's mother was Aravis's care taker when she was young. She died of illness when Aravis was 8 and left a big impact on her. Aravis claims to hate muggle-borns due to her past with them. She believes that only pure bloods are proper wizards. Her father had always taught Aravis that they were equal and not to listen to the beliefs of her Aunt and Uncle. However, Farrah and Arthur both heavily influenced young Aravis. When Aravis was 6 she befriended a muggle-born and was quite close with the young boy. His name was Thomas, and Aravis adored him. Her Aunt Farrah banned Aravis from ever seeing him again when she found out. This resulted in Aravis being locked in her room for three weeks with no access to the outside world. Since then she has been wary of befriending any muggle-borns and has started to despise them.

Aravis is somewhat close to her brother Lucien. When they were children he would wake up screaming due to a nightmare. Aravis and Maven would always comfort Lucien and tell him it wasn't real. However, soon after the same thing that happened in his dream would happen in real life. He was later taken to hospitals to study what was happening. It was later revealed he could see the future in his dreams. He was said to be a seer like the lady Morgana Pendragon which was also known as the High Priestess of the Old Religion- Morgana Le Faye.

Aravis claims to hate talking about her mother but she often contradicts this statement. She often will say things along the lines of "My mother did that once" or "I wonder if mother would be proud." Aravis is also rather intimidating to some people. She is quite tall for her age, and can be vicious and cruel. She is talented in speech and can motivate people into doing things for her. She is extremely manipulative. Aravis was raised to be rude, and show no emotion. Though her father tried to raise her to be kind her fear of her Aunt and Uncle was stronger than the love for her father.

Her older brother, Lucien, will often say that he is terrified of what might become of Aravis. Maven, her younger brother however claims to look up to her. Aravis is very close with her brothers but at the same time she hides many dark secrets from them.

Aravis has a fear of being forgotten. She doesn't want to be seen as the family failure. She will do anything and everything to get her family to notice her whether it be good or bad. In all honesty she just needs someone to have a positive influence on her life to fix what her Aunt Farrah and Uncle Arthur did to her. Aravis is incredibly smart and will do anything to leave a mark on history. Her mind is incredibly dark and may consume her.

FUTURE NOTES:
After Hogwarts:
Aravis ends up becoming a very famous dark lord. She will face a trial for her actions but is proven innocent surprisingly. Soon after trial she falls in love with someone from her school year and changes her evil ways. Aravis will gain control of her anger outbursts and her schizophrenia will be cured by her older brother Lucien who worked to find cures for common mental disorders. She will later get married and have a few kids who she loves greatly. However when her oldest kid reaches 5th year she uses the killing curse on her Aunt and Uncle to protect her child from their abuse. She is rewarded for this deed by being imprisoned for the rest of her life in Azkaban. However she dies of illness 3 weeks after being imprisoned. Her death causes many uprisings of people who believe she is innocent due to protecting her children from her Aunt and Uncle.
Last edited by Aravis Escanora on 19 Apr 2020, 21:59, edited 26 times in total.
I will take what is mine with fire and blood.
"It seems to me that a queen who trusts no one is as foolish as a queen who trusts everyone." 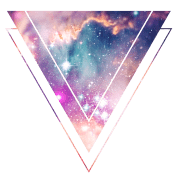 Aravis currently has no strong friendships
Friends:
Before Hogwarts: Thomas Smith, a muggle-born. Due to befriending him Aravis's aunt locked her up and she was never allowed to see him again. Aravis now believes muggle-borns will only cause trouble for her. Negative impact.

Acquaintances:
Adam Harrington- Poor lad happened to be in the wrong place at the wrong time. Ended up getting yelled at by Aravis. She is unsure if she should consider him nosy or just trying to help. After she ran into him a second time she began to like him as a person seeing that he means well. Aravis finds herself wanting to talk to him more. Positive Impact.
Verla Harness- Aravis doesn't really considers her a friend. She used to despise the girl but currently they don't have an issue with each other. Aravis tries to be nice to her for the most part. Verla currently lives with the Escanora family.

Enemies:
None as of now.
Family:
Lucien- Aravis's older brother. He is only older by a day. Aravis loves him dearly. Positive Impact.
Maven- Younger brother. Aravis is very close with him. They both have dark minds and often plot things together. Negative impact.
Farrah- Aunt. Aravis absolutely hates her but will do anything to make her proud. Negative impact.
Arthur- Uncle. Aravis hates him as well and wishes to see him suffer due to the unspeakable things he's done to her. Negative impact.
Percival- Father. Aravis loves him dearly. He tries to help Aravis see the good in things. He loves her dearly as well. Positive Impact.
Elvira- Mother. Aravis never knew her but she will do anything she thinks her mother would have liked. Positive Impact.
Alice- Care Taker, Maven's mother. Aravis was very close with her. She tried to teach Aravis and Maven to be kind and selfless. Positive Impact.
Shinar-Calah "Cal": Cal was Aravis's close friend growing up. They met when Aravis was 3 before she started skating. He got her into skating when she was young and she loves him dearly. He is Alice's first born son and Maven's half brother.
Lyssolin- Aravis's pet snake. She loved her dearly but her snake had to be put down due to being a safety hazard. Aravis misses talking to her greatly. Positive Impact.
Odette Haven- Aravis's adopted cousin. They don't talk much and Aravis often gets into fights with her about their childhood, however when the two aren't bickering they get along quite well. Positive impact.
Last edited by Aravis Escanora on 22 Aug 2018, 15:40, edited 16 times in total.
I will take what is mine with fire and blood.
"It seems to me that a queen who trusts no one is as foolish as a queen who trusts everyone." 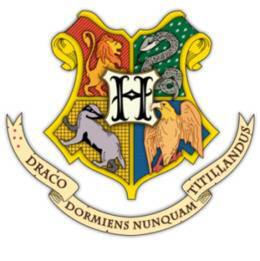 Potions:
§ Cure for Boils
§ Herbicide Potion
§ Forgetfulness Potion
This is the "Game Master" account. Please do not owl this account, unless specified. This account is not moderated actively and therefore, you may not receive a response.

Contact a Head of House or the Headmaster if you need anything. 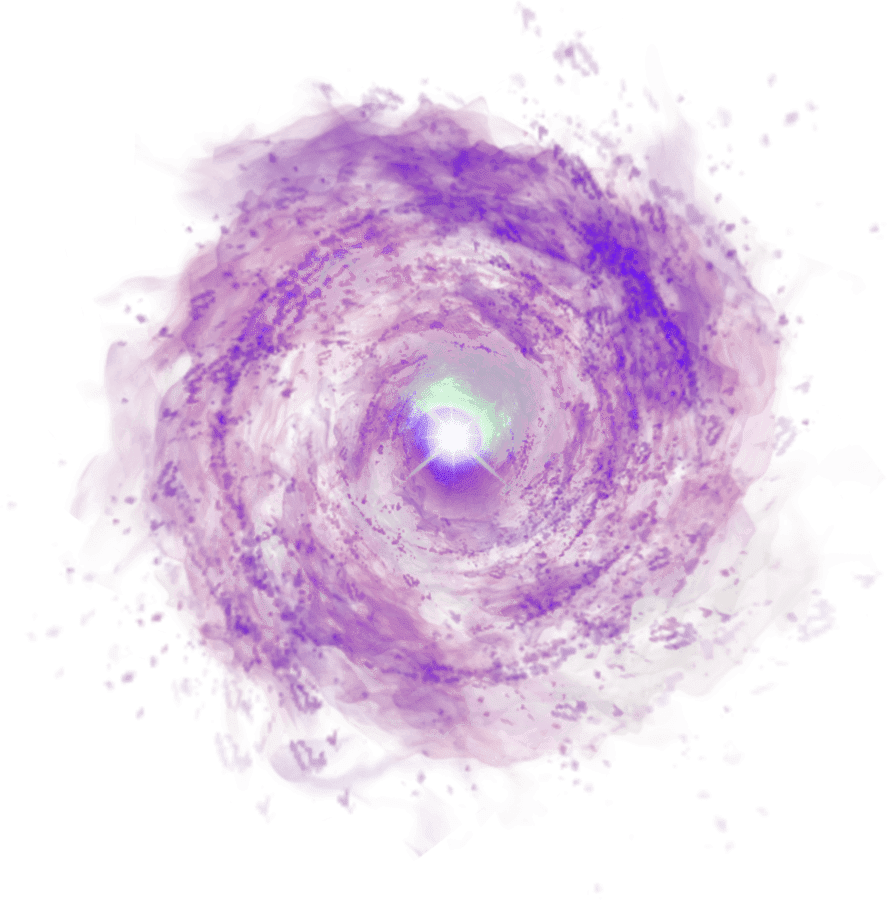 Ice Skating: Aravis learned to skate when she was 3. She took ballet classes to practice her twirls and spins but still till this day she can not do ballet to save her life. However, Aravis can dance on ice with little effort. She has been skating her whole life, her father even made an ice rink in their mansion for Aravis, although only her and Shinar-Calah have a key. Aravis and Cal often let Odette, Lucien, and Maven in to skate and play hockey.

Quidditch: Since Aravis was 6 she has been playing as either a seeker or a chaser. She recently was on the Slytherin Quidditch team as a chaser. However, they are changing the team so she is once again trying out for chaser. 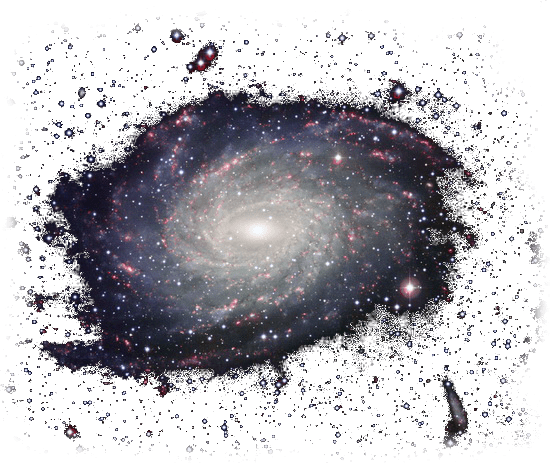 Cause of Death:
She dies of illness 3 weeks after being imprisoned in Azkaban. Her death causes many uprisings of people who believe she is innocent due to protecting her children from her Aunt and Uncle.

Wax seal:
Aravis's wax seal is a snake wrapped around a sword. It's color is green.

First~
Kiss: No one.
Crush: Aravis is currently developing one.
Friend: Charo García
Boyfriend: None.

Least favorites
Food: Any type of sandwiches
Animal: Dogs. Aravis is afraid of dogs because she got bit by one when she was young.
Band: Guns and Roses
Singer: Drake. Or Post Malone.
Song: Work by Rihanna
Movie: Spiderman Homecoming.
Book: Call of the wild- an evil book 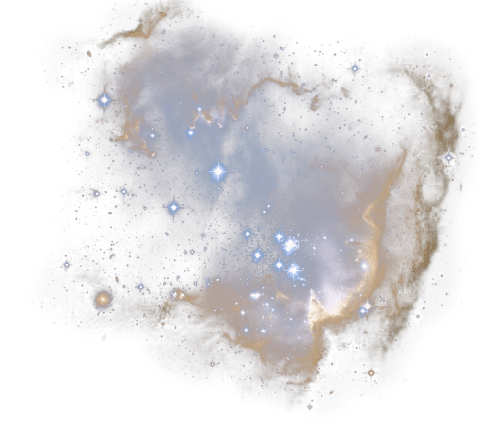 Habits
She has a habit of fiddling with jewelry, twirling her hair, and zoning out.

Talents
Ara is a very skilled figure skater, Irish dancer, writer and singer. She often writes poems, and helps out the Slytherin Newspaper Team. She recently joined a drama club for her dancing and singing. She knows how to play many instruments but doesn't class them as a talent.

Body Type
Very tall and slender. She towers over most of the 1st-4th years. She is 5'2, a bit taller than her average age, and insists on wearing high heels to be even taller.

Skin Description
Pale, almost a pasty white, and incredibly soft to the touch. She has never done hands on work in her life until now.

Fashion Style
Aravis has a specially liking to 50's dresses, eleven styled clothing, and anything fancy and long.

Sleepwear
Aravis wears silk nightgowns that go to her shins.

Drunk Type
She is too young to drink currently. In the future she would be an angry drunk.