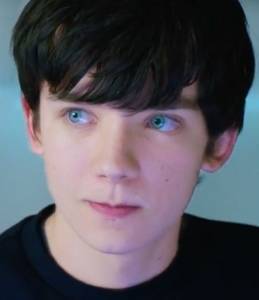 It was a normal day for the black haired Slytherin. Sitting in the study room, reading over a black book with silver designs that had no title. It was part of his daily routine. He had to memorize the whole book before summer, or his title as heir to the Haven-Escanora family would be passed down to Maven. So far, most of the book was already memorized. The book started with a certain royal family-the Pendragons. King Uther, King Arthur, and the Lady Morgana Pendragon. As much as Lucien wished to be a descendant of King Arthur, he knew he wasn't. The Escanora family was a direct descendant of the old religion's high priestess. Most of his family worshiped her as if she was a goddess. Lucien didn't however. She was an evil woman and deserved no respect from him. The door that lead into the study room swung open with a slight creak that echoed off the walls encasing it, causing Lucien to look up and stop thinking about how he hated his history. A familiar red haired girl entered the room, Verla. It seems like she had gotten his letter. It was silly to send a letter over something so small. He wrote very little on it. It had simply stated "Meet me in the study room? ~L.A.E." Six words and his initials. "Ah, you actually came, please sit, if you would like." He said pointing to an empty chair in front of him that he had saved for Verla.
Last edited by Lucien Escanora on 28 Jun 2018, 22:32, edited 1 time in total.
My eyes aren't both blue. One is green. One is blue.
~
My theory. Music can fix anything. Anything. 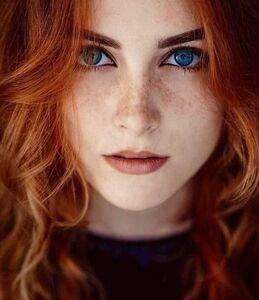 Verla Harness
Second year, Hufflepuff
573 10
Je suis désolé.  PV Verla Harness   Closed
Verla smiled as she entered the study room. She saw Lucien sitting there and offered her to sit. So she did. She was glad to see the one guy friend she had left. "Hi, how are you?" She asked him. She wondered what he wanted her here for. Did Aravis talk to him about their talk? Being by him made her nervous now. But she tried not to show it. She felt bad for him when a sweet boy like him could ever cry. But she was determined not to be one of those people who did. She began to feel things for him, things she'd felt for Levi. Was this a crush? A crush on a slytherin? How strange. He had been sweet ti her always, but she didn't know much about him. But with Aravis breathing down her neck, she kind of didn't want to. But she shook that thought out of her head. Of course she wanted to get to know him more. He liked music, same as she. He was extremely cute. She giggled slightly when she saw his nervous face " if this is about the time you left, then it's okay you know" she said.
"What cannot be seen, felt, or carried?" Person who gets this right I will donate some money to them.

Lucien Escanora
Third year, Slytherin
259 6
Je suis désolé.  PV Verla Harness   Closed
Lucien smiled as the red haired girl sat down. She was really pretty, but last time Lucien had said that to someone he got slapped, so he kept his opinion to himself. "I just wanted to apologize for being so distant and cold. I've never really had a friend before. Except once but it ended quickly." He said tapping his finger on the desk in front of him nervously. "So, I um, I thought maybe I could teach you some french so next time I speak in it you could understand! Or anything really." He said with a nervous smile. Most people didn't teach others a new language as an apology gift, but here he was. "And, I also wanted to apologize for Aravis being controlling, she...is very protective over me. She means no harm really." The last bit was halfway true. Aravis sometimes meant somethings but not all the time. "And so to make up for the devil herself I got you a rose." He said giving a white rose, with two dark red spots on a petal, to the girl. He was taught that white roses represented innocence and purity along with kindness. Verla was kind to him so it felt right to give her that one. "I kind of cut my hand getting it so I hope it was worth it. I even trimmed all the thorns off!" He said rather proud of his apology gift.
My eyes aren't both blue. One is green. One is blue.
~
My theory. Music can fix anything. Anything.

Verla Harness
Second year, Hufflepuff
573 10
Je suis désolé.  PV Verla Harness   Closed
"Oh! Oh it's beautiful!" Verla exclaimed as she took the rose and smelled it. She loved the smell of roses. "Thank you, I'm sorry you cut yourself, can I see? Make sure it's not infected?" She then remembered her crush on him. The rose was an apology, not a romantic gesture. She was going to have to remember that. "I'd love to learn french with you as my teacher, just know I'm a slow learner and you might lose patience." Verla warned as she examined his hand and figure it was just fine. She gently put the rose in her bag and was ready to learn. She smiled her cute smile at him "and I understand why you left, totally understandable." She looked at Oliver and put him inher bag with the rose, he laid on the rose and fell asleep, that must be heaven to him.

She twitled her thumbs on the table while her hand were folded together. She smiled happily at him again and took out her sketch book and her note book for learning french.

She was excited for her lesson on learning french, all in all, it was with her only crush, she knew she had to tell him soon.
"What cannot be seen, felt, or carried?" Person who gets this right I will donate some money to them.

Lucien Escanora
Third year, Slytherin
259 6
Je suis désolé.  PV Verla Harness   Closed
Lucien smiled happy that she liked his gift. It wasn't often that people accepted his roses. "It shouldn't be infected. I treated it with herbs my father sent." He said showing her the cut. It was small and luckily not very deep. After he let her examine the cut he pulled a small papaer out from his pocket. It was included in the package of herbs Percival Escanora had sent for his son. It had basic French on it so Lucien could teach Verla without bombarding the girl. Had his father not helped, Lucien would most likely be teaching her how to say Shakespeare lines in French.

He would start with basic everyday words. "Merci will be the first word we start with. M-E-R-C-I. It means thank you. When you say 'Merci beaucoup', it translates to 'Thank you very much.' Practice saying it a few times." Lucien waited patiently helping out with pronunciation when it was needed. He found it fun to help teach someone something that was completely new. If he ever needed a future job perhaps teaching could be a goal if he failed in spell making careers. Always better to have back up plans in case something went haywire.
My eyes aren't both blue. One is green. One is blue.
~
My theory. Music can fix anything. Anything.

Verla Harness
Second year, Hufflepuff
573 10
Je suis désolé.  PV Verla Harness   Closed
"M-merci. Like mercy only different. Merci beaucoup for teaching me French." Verla giggled and wondered if he would know scottish gaelic, she couldn't remember if she'd asked him, so she did just in case "so did your father ever teach you Scottish Gaelic? It's a rare thing to learn but it's really cool to confuse people, if you want I could teach you. Though I'm not sure how I would." Verla blushed and almost instantly regretted the offer, knowing he probably already knew it or he didn't want to. But she waited for her next words, she had to remember merci meant thank you and merci beaucoup meant thank you very much.

Verla smiled though, knowing how slow of a learner she was and wondered how these lessons would go. She figured he would started with the grammar and such of French, like how in Spanish, the A in nina was feminine which translated to girl and a E or O like in nino was masculine which translated into boy, but she wasn't going to tell him how to do his lessons, he probably had most of them figured out already.

Her fuzzy feeling in her chest got warmer and she wanted to blurt out her crush right away, knowing it was only a matter of time before she did.
"What cannot be seen, felt, or carried?" Person who gets this right I will donate some money to them.
Back