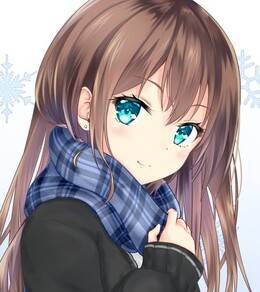 Leyla Jones took her new-born in her arms. The little family had just grown with this third child. Peter Jones looked tenderly the little girl and asked to his wife:
" So we agree for : Anaïs? "
Leyla nodded the head and reported his attention about the child.
Deep inside her, she hoped have a little wizard... Her first daughter, Clo, aged of 11 years old, was entered in 6th without the slightest trace of magical powers and her son, Stephen, who was now 7 years old, had not made any sign of witchcraft either. What made, for the moment, she remained the only wizard of her family...

Four years had passed, Clo get in the high school and Stephen in 5th. His mother had given up hope to see him practice the magic. She bet henceforth all, on his little last.

This is as she took him on the Diagon Alley where she stocked regularly in candy and other magic items. But during she showed him the different shops, the look of the little Anaïs was attracted by a cat, stuck in a tree. Then, the girl made a few movements with his hands and pronounced something incomprehensible. At that time, the cat levitated and went down slowly of the tree.