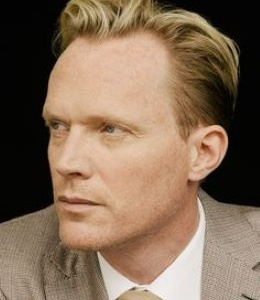 Physical Description: Standing at 6'3", Alois is a very tall, slim, fair complexioned man. His hair is a dull red, having lost most of its vibrancy with age and appears more of a shade of blonde until the reddish tint is brought out by natural light. He is often seen sporting large round glasses over his blue eyes, but it's made clear that these are not a tool for sight, as he's known to casually remove them should he feel they are "in the way".

Mental Description: Alois, having known the life of going against the rules, is a rather strict enforcer of guidelines. While he isn't known to be overly cold, his responses and directions are often short and concise. He carries himself in a very professional manner, as though held by strings, even when the situation hardly calls for it. Occasionally his humor will ease and he can resurrect the light-hearted demeanor of his younger self, yet it is many times quickly replaced by a look of solemn self-awareness.

Biography: Born to the esteemed Alistair and Cordelia Proulx in Quebec, growing up Alois struggled to conform to the expectations they had. The moment his mind had the capacity for the concept of free-will, he was near impossible to rein in, wreaking havoc in his family and only furthering the decline of their reputation when he was sent off to school at Ilvermorny School of Witchcraft and Wizardry. While he was still a reckless child and teen, he had a remarkable record in Care of Magical Creatures. However, this is something he would sweep under the rug for many years, as it was a serene sort of passion he couldn't yet understand; at this point, he believed his heart had to race for him to truly enjoy something.

As his parents were able to mostly cleanse him of consequences for his careless life, upon reaching adulthood, Alois had still yet to master the concept of responsibility. Having relocated to British Columbia to free himself of their influence completely, his life immediately shattered. The man only lasted a few months on his own before hit with reality, and faced with a life-changing consequence after a spell of fleeting love with a local, Alois did what he did best: fled.

It was then, having returned to Quebec, that Alois rediscovered his passion for magical creatures. It was a search for what would build him into a new man, and his parents launched him into a career surrounded in what they had known he excelled in. These magical creatures finally brought calm to his outrageous personality and grounded him, providing a sense of responsibility for their care and health that was much easier to grasp now that he had known worse. After many years as a magizoologist, Alois heard of the opportunity to teach the very subject that saved him, and there was no resisting the relocation.