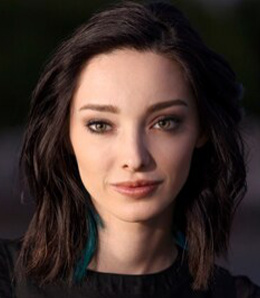 Isla, coming from a once-prominent family that had since lost its footing in the social strata of the magical elite, tried to instill all the ways of social etiquette in her daughter. She made sure Colette spent her days learning to act like a lady so she could eventually find a good match in another pureblood from a good family. Arranged, of course, there was no other way to do it in Isla’s opinion.

Robert did things differently. He wanted Colette to grow and learn and become who she wanted to be, so she could lead a different life, or at least one where she could make her own choices. The more grounded of her parents, he spent his time teaching her all he knew. Their afternoons were spent trudging the forest around their home, playing chess, and reading books “a lady should not be reading” as her mother said.

These moments were Colette’s favorite because she felt there was nothing expected of her.

As she grew older, she continued to hold a spark of resentment for all the things she had to be to please her mother. Eventually, this grew into a constant need to break free of all these constraints. Robert always said she was like the sea, she could not be contained easily.

Her first time doing magic, for example, happened when was 7. Her mother told her had just told her that she wasn’t allowed to go out to play but had to finished her needle work instead. Needless to say, this upset her greatly. She turned the window of their drawing room into ice and then shattered it. As her mother stared in shock, she ran out of the door to tell her father.

The start of her magic also meant the start of her rebellious streak. She learned how to sneak away undetected, picking locks and climbing down trees and the trellis outside her room. It drove her parents crazy (Isla in particular). Meanwhile, Robert secretly supported her standing up to her mother. Her antics always gave the poor man a heart attack, but he could never stay too mad at her.

Her schooling years were… interesting.

She was not a terrible student by any means, but there was always some sort of consistent misdemeanor or violation of the rules that the teachers could only take so much of. Isla was also partially to blame, because as soon as she would receive news of Colette’s infractions she’d try to quell the rumors before one could say howler. There as no way she would let their reputation be sullied because their daughter was unruly.

Unruly perhaps wasn’t the best term to describe her, but she was definitely not the warmest person. In her schooling years, she mostly kept to herself. Moving between schools meant only a few close friends, although her peers often sought her out if they need her for things that were of the rule-breaking sort.

Given, Colette wasn’t all bad. Sure, she caused a lot of mischief, wandering around past curfews, talking back to teachers and the occasional prank and fight here and there, but she wasn’t the worst by any means. Her father taught her better than that. She was not one to pick on others, or to hurt people intentionally, nor was she one to steal or cheat (even if she could and no one would really catch her).

When she left school, she moved as far from home as she could, all the way to America. By this time she’d had 2 siblings already, and her father wasn’t in the best condition. Regardless, she lived her life as she wanted to there. She was finally free, and finally happy. But this would not last long.

Her father passed away when she was only 20, and it wasn’t long before her mother found someone else to marry. Isla’s new husband wasn’t too keen on having children, so she left them in Colette’s care as they went frolicking about the French countryside. Knowing her mother, the witch knew she would have to step up to take care of them. It was what her father would have wanted, and she would be damned if she let that woman ruin the life of her siblings.

Colette’s natural hair is orange but dyed black, a stark contrast from her pale skin. She has been known to dye it between blond and with the occasional green as well. This on top of her lean frame made her resemble a character from a Tim Burton movie. Her clothing often matches her mood, dark and sometimes harsh, with the occasional pastel colors and dresses out of habit.