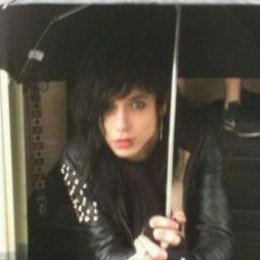 Physical Description: Ari has naturally black hair with blue eyes. He is slightly taller than most kids his age and is of average build.

Biography: Ari enjoyed his life before Hogwarts. Being born a pure-blood, his family fully acknowledged and participated in events within the Wizarding World. He held a reputation as a very creative kid in his class, often coming up with interesting ways of completing projects. He was and will probably always be an avid fan of quidditch and has attended many games with his mother and father, including the World Cup as a present for his 9th birthday.

First Instance of Magic: Two years ago on his 9th birthday after returning from the Quidditch World Cup, Ari and his family sat down to eat cake and celebrate. His mother lit the candles and they began to sing "Happy Birthday". As they sang, Ari began to think of what he would wish for. He decided to keep it modest and just hope for a year of happiness within the family...and maybe another trip to the World Cup next year. Once they finished the song, he closed his eyes and blew out the candles. The moment he blew out the candles, though, confetti erupted from where the flames were, showering the entire family (and the cake). A little shocked, everyone erupted in laughter, unphased by the first instance of magic from Ari. He was thrilled at the proof. He'd always assumed that because he was a pure-blood, he'd have magic, but he didn't expect his first experience to be like this. It was incredible.