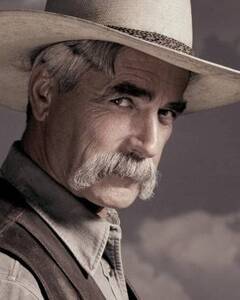 Physical Description: For a man rapidly approaching his sixties, Atticus has done an excellent job keeping himself in shape. His broad shoulders carry his long, straight, and hairy arms and legs. The top of his hair is finally transitioning to white, a feat his signature mustache and sideburns accomplished years ago, while his bushy brown eyebrows often express his surprise or consternation.

Mental Description: A gentleman and a scholar, Atticus does his best to exemplify the virtues of patience, perseverance, and concentration. Lessons he has spent his whole life learning. Despite his formal demeanor, Atticus is also quite the mischievous rascal once he feels the bond of trust developed sufficiently enough to be himself. Otherwise, he is stoic and withdrawn, concentrating on the task at hand rather than looking to the future for answers.

Biography: The first, and only, child born to two muggles named John and Barbara Wade; Atticus has struggled his whole life as an underdog in the wizarding community. Dogged in his pursuit of perfection from a young age, Atticus set his vision on becoming a Transfiguration master. Countless nights of his youth were nearly wasted on study, leaving little time for social or creative fulfillment. Upon graduation, he was selected by the Magical Congress of the United States of America for an important and secret job. Years of deep undercover, preceded by his reluctance to form social attachments, and muggle birth, meant Atticus spent most of his life in solitude. This isolation forged him into a man confident of his truest self.

First Instance of Magic: At the age of 9, following the Watergate Scandal, Atticus's father John lost his job as a lawyer. One night before bed Atticus overheard his parents John and Barbara arguing that they couldn't afford the house any more. With great fear for his family's future in his little heart a miracle happened. When he opened his eyes, he couldn't believe them. The soup at the dining room table had been replaced with baby back ribs, the white bread with buttered country rolls, and the milk with Coca-cola. Running out to his father and mother immediately, excited to show them the unexplainable dinner, there was a bounty that night. Even though this food was oddly not enough to fill their bellies, it was enough to give them hope, so none of them took the gift for granted.