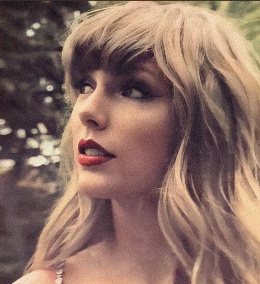 Blood Status: Pure-Blood
Age: 25
Height: 5'9
Hair: Blonde
Eyes: Blue
Unique Features: Freckles present on her cheeks and shoulders as well as a burn scar on her left hand from a childhood accident.

Personality:
Despite a rather turbulent past, Zoë remains deeply warm-spirited to those around her. With a naturally inquisitive mind and a deep desire to grow, Zoë is constantly seeking ways to hone her skills and learn from those around her. With a natural gift and love of charms, Zoë quickly developed a passion for teaching and helping others hone their skills. However, her unbridled passion for the topic quickly leads to overexcitement when given the chance to discuss the topic. Zoë has to often remind herself to slow down if she erupts into tangents. When not lost in her own mind, Zoë can be fiercely determined and knows when she needs to focus her skills. However, in general, the woman is much happier to just be around others having fun or learning something new. She can become quite competitive if pushed into a challenge and may lose herself in the spirit of winning but she does her best to temper that edge...usually. Knowing what it is like to live with hardship, Zoë makes a strong effort to check in on those around her or whom she considers close. Initially, she may be a bit more reserved in truly opening up to others and is far more calculating than her general bubbly demeanor. But she remains kindhearted above all.

History:
Coming from two well regarded wizarding families, the Irish Brooks family and the Fresnels of France, Zoë was born in Marseille, France. Her infant home in southern France was quaint for her relatively young but bright parents. Both of her parents had graduated from the renowned school of Hogwarts and demonstrated considerable skill. Both parents had aspirations of becoming Aurors after graduating and taking a brief bit of time for themselves. Unfortunately, Zoë’s mother, Caitlin, passed away in childbirth and would never see that dream come to fruition. After a year of intense grieving, Zoë’s father decided to move them out of France and back to England.

Most of Zoë’s early childhood was in a small cottage outside of York. In time her father was successful in becoming an Auror that required him to be frequently away. But her father did what he could to spend as much time with the young girl, keeping their bonds close. Zoë had a natural intellect that began to blossom early. She found it difficult to keep her mind occupied which resulted in a fair amount of causing trouble. Some good did come from a growing restlessness however.

Zoë’s first instance of accidental magic came when she was nine years old. Her father had arrived home several days earlier than she had expected. The rush of excitement that coursed through her from the surprise arrival resulted in the unfortunate annihilation of a nearby glass lamp. The sudden erupting lamp startled the girl to her core but when the dust had settled, she could see an element of pride on her father's face. Probably not pride in her lamp destroying ability, but it told him that there would be a young witch in the family. While he had likely assumed the girl would eventually exhibit the magical tendencies, there was still an element of excitement to the endeavor.

Two years later, the customary letter from Hogwarts arrived and Zoë couldn’t have been more excited about the start of her new journey. Perhaps unsurprisingly to the nannies that had helped care for her, Zoë was sorted into Slytherin and her mischievous nature would quickly indicate she had been sent to the correct house. While adoring her first year, she received the news that her father had been killed while hunting a dark wizard towards the end of her first year. Without both parents, she would be taken in by her estranged uncle on her mother’s side.

In time she would grow closer with her uncle but the loss of her remaining parent made much of her young life difficult. Zoë retreated inwards and focused more on building her own strength. Hoping one day to be strong enough to avenge her father. Her dreams would shift in time but while young it was inspiration enough to devote herself to her studies. In particular, Zoë exhibited an extreme propensity for Charms class, even in her first year. She was something of a prodigy for the subject and the spells and movements seemed to flow naturally for her. Her repertoire of charms quickly grew as she spent time studying beyond what was being taught in class.

Towards the end of her school, Zoë had developed a fondness for tutoring others and, the few close friends she had, kept her grounded. Helping others gave her a new purpose but her desire to become stronger never faltered. After graduating and taking a short time to herself to travel. Zoë, despite her youth, was hired at Beauxbatons as their Charms teacher. Her abilities with Charms had already developed a reputation and Zoë believed that pursuing teaching seemed like a good outlet to continue helping others.

While adoring her time at the prestigious French school, Zoë increasingly missed being back in England and began to feel restless. Her need for new challenges and new experiences had always been a driving force in her life. So when she received an offer to become the Professor of Charms at Hogwarts, Zoë jumped at the opportunity to return to the school that had helped her untap her passion.