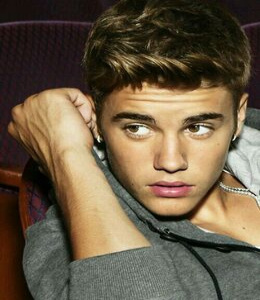 Simon Kincaid might not have the most normal of upbringings, yet it all seems perfectly normal to him as it is all he knows. He has lived his entire eleven years thus far in London, England. Currently, he lives in a nice little townhome with his Aunt, Margaret Kincaid who he calls Aunt Maggie.

Simon's father is unknown to him and the other way round, as his mother Arabella Kincaid never told him she was expecting. She was a single mother at the age of 17, trying to raise both her infant son and help with her 14 year old sister due to their parents' passing. Arabella fell ill three years later, leaving Simon in Maggie's care and he has been there since. Being so young when his mother passed, Aunt Maggie is all he knows but he couldn't ask for better.

The young boy has strong features and dark hair. His muscular build and taller stature makes him seem older than he is, as well as his maturity. Simon is honest, genuine, good-hearted, compassionate, curious, inquisitive, and driven. He enjoys the life around him. His interests include writing music, reading, playing music, chess, and playing hockey.

Magic isn't something that is usually discussed in the Kincaid household. While his mother was a witch who had attended Hogwarts, she didn't talk too much of it to her sister in fear she would be envious. Still, a young Simon, ever since he could remember, had trouble sleeping and now and again various points of different colored lights would swirl in the darkened room above him to create a sort of light show to keep him entertained. This, unknown to him at the time, was his first instance of magic.