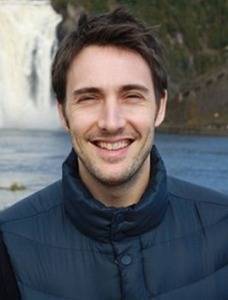 River Jemari, born to two wizard parents in central London who rather liked the muggle lifestyle, was raised in an environment that did not give him much opportunity to do things outside. Instead, he spent most of his free time indoors, where he discovered a passion for sports that didn't involve actually participating in them. No, what he enjoyed was taking the role of a spectator and a coach- analyzing plays, looking for mistakes, and trying to come up with better strategies. He did his best, at least. The kid was less than 11, after all.

During his years as a student of Hogwarts, he joined and left the Ravenclaw quidditch team quite a bit, being given the position of chaser a total of three times and the position of Keeper. The reason for this was that despite having quite a bit of interest in quidditch, he never managed to enjoy actually playing it. This was what gave him the eventual motivation to attempt at becoming a Flying professor: He could take the time to both learn AND teach lessons about the various broom games, along with the specific techniques that go into handling a broom properly. It was a dream job, one that was made even better when his eventual place of employment became Hogwarts School of Witchcraft and Wizardry.

The young man is generally a rather soft character, spending a lot of his free time in his office, going over some new advancement in the field of flying or planning out new lessons. During competitive events, however, whether he's acting as a referee, announcer, player, or just a spectator, River changes from his usual collected self to a very excitable, almost giddy personality. Competitive and never going easy on any opponent, the man takes challenges seriously.