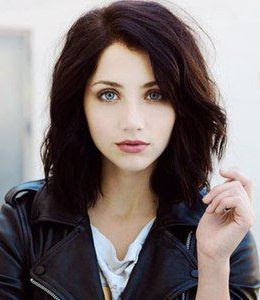 Phoenix Cassandra Ironwoods, goes by Cash is the only child in their family is the daughter of a famous Auror and a Healer. A mixed race between British (Father side) and Cuban (Mother side). Cash is Ambidextrous, which means they can write with both hands.

Cassie is the type of person that can be a bit close off even though they're an extrovert. Cash can be a bit stubborn and temperamental but when you do know them; they're a bit cunning, determine, loyal, awkward and always stand up to people that they consider close.

At first Cassie doesn't know they're a witch. It happened accidentally. One time, they stare at a book and focus on, minutes later the book float for a bit. At first, Cassie didn't believe it, then it happened again. This time if they were angry towards someone, that someone will starting to get red and there's a rashes-like on that someone bodies and faces. She told her parents about it, after that their parents told them that they're come from a long blood line of pureblood witches and wizards.

Before Cassie got the letter, they were homeschooled due their father did not believe muggle education institution (private or public) will bring the best potential out of his daugther. When they're turned 11, they got a letter from Hogwarts School of Witchcraft and Wizardry, their parents couldn't be more happier for them. They can't wait to begin their magical school years.