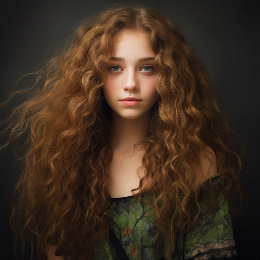 Alyssa Hesper Salinger, or "Aly", is the pureblood daughter of Ravenclaw graduate Benjamin Salinger and Slytherin graduate Hesper Livingston. Benjamin was in the year below Hesper at Hogwarts and was completely smitten from first sight in his first year. It took five and a half years to get the popular older girl to notice him, but when he received perfect scores on all his O.W.L.s and eventually his N.E.W.T.s, he began to attract attention from everyone around school... including Hesper. They began to date, got married soon after Benjamin graduated, and had a lone daughter, who they named Alyssa.

Aly inherited her father's brains and her mother's ambition. Growing up just outside the Muggle town of Welwyn Garden City, near London, she had little to no contact with the outside world, and especially none with Muggles. She's a bit clueless when it comes to non-magical things, but you won't catch her being clueless in any other class. Because of all of this, Aly grew up quite lonely, since she had no siblings and there were no neighborhood kids to play with.

She has clashed with her mother Hesper her entire life, being that they are both quite dominant personalities, though Aly is far more carefree. Benjamin, however, dotes on his only daughter, though he is hardly ever home as he is constantly working in his job at the Ministry of Magic's Department of Magical Accidents and Catastrophes. Because of this and her mother's busy career as an Auror, Aly grew up with two house-elves essentially raising her: Dinny and Becca. Becca was more of a mother to Aly than Hesper ever was, and Dinny was a grumpy old elf who retired when Aly was nine. She misses him greatly.

Aly's first brush with magic was at the age of five; while out helping Becca to prune the garden, Aly touched a few tulips only to have them burst into colorful blooms. From then on it was clear that Aly was a witch, though with her pureblood heritage, it was never doubted in the first place. After this, it was no surprise when Aly received her letter to Hogwarts shortly after her eleventh birthday in May of 2019.

If Aly were to be described in one word, it would definitely be "extrovert"! She has always been friendly, cheerful, and social,and is a major hugger. She is also highly curious and loves to learn, especially about Muggle culture. New people, new things, and new experiences are some of her favorite things. According to the Muggle phenomenon, the Myers-Briggs test, she's an ESFP... whatever that means.

Aly is a talented reader and a hardworking witch. Her mother played Quidditch at Hogwarts as a Slytherin Chaser, so Aly inherited her athletic talent and love for the sport. Aly also loves to explore, and occasionally climb things she isn't supposed to... and she has a huge sweet tooth!

As for her appearance, Aly has light green eyes and brownish-blondish hair that falls in tight curls around her face. Her skin is quite pale, taking after her father, and their signature joke towards each other is that the other has seen a ghost because of this. She also has a large smattering of thick freckles across her face and down her arms. Finally, Aly is pretty slender and short for her age, and she never expects to be tall... but that's okay, because she never wanted to strike an intimidating figure anyway!