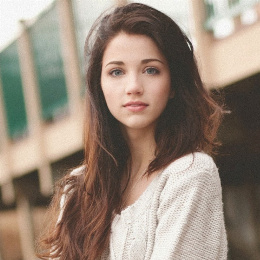 I grew up Avoca Ireland outside of Avondale Forests Park, but my family is predominantly Scandinavian. My parents moved to Ireland before I was born because they wanted to explore a new country and fell in love with the area and decided to put down roots.

Both of my parents come from a long-line of witches and wizards. My mom is of Nordic descent, and often told me stories that had been passed on of my bloodline. During the age of the Vikings, my family was known among the local muggles as Völva. Although our family predates the Viking age, that is where you will hear most stories of different Völva. My mother told me that we are descended from Freya herself, who often practiced what muggles at that time called Seidr. I’m not sure if I believe her, but I like to think that this is true, because Freya was a Vanir. Mom says Freya could control fates, bending others to her will which is something have always been good at doing, but I think that is because I am ambitious. At that time, our family was considered healers which is why my mother decided to become a Healer herself. My father is a Dragonologist who was born and raised in London, and is often traveling for his job. He was in Norway working with another Dragonologist studying Norwegian Ridgebacks when he met my mother who was visiting her family. Dad says my spitfire personality reminds him of of the Ridgebacks since the females are more ferocious than the males and they develop the ability to shoot flame earlier than other dragons. My hair even resembles their coloring, being dark brown to near black.

Mom likes to say that ever since I was a toddler I was using the Völva magic of coercion to get my way, but my first real experience with magic was when I was 9. Dad was trying to make me eat his favorite food, blood pudding, which I hate. I got so fed up with him insisting that I could not leave the table until I had finished my meal. I kept wishing that the nasty pudding would disappear and suddenly it vanished! Dad was excited to find that I had eaten the pudding until mom began to chuckle and let him know that I made it vanish. They were so happy that I had shown my first true magical abilities that we went away for the weekend to my favorite place, Giant’s Causeway, to celebrate.

In my spare time, I like to train in different muggle combat styles, especially training with the different weapons and bow and arrow of the Vikings. Since I can't tell my muggle friends about my magic ancestry, I instead tell him about my Nordic ancestry, and we play fight together. I also like to read, and wander outside in the woods. Sometimes my mom and I would go out to Avondale forest, find a nice alcove in the trees, and read together.

I am excited to attend Hogwarts. I am looking forward to Care of Magical Creatures because I grew up learning about dragons from my dad. I am also excited for Defense Against the Dark Arts. I really enjoy learning and strive to do my best. I am nervous that I will not be liked very much though. I don’t make friends very easily and I think people find my ambition to succeed annoying. I am also nervous to be sorted. My dad and his three siblings all went to Hogwarts and were sorted into different houses.