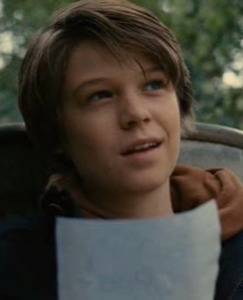 The Baines family is a powerful, historic line of wizards. The second most recent generation of the Baines was a duo of brothers, Donal and Rowan. These two brothers competed throughout their time at Hogwarts, and even post graduation they seemed keen on one-upping one another. Despite their seemingly adversarial relationship, they were always closer than they appeared. When Donal’s found himself between a rock and a hard place, raising a daughter alone, he was welcome in Rowan’s home to stay for as long as he needed.

Which was why, of course, it was exceedingly peculiar that Rowan disappeared without informing his brother. It was even more peculiar that he didn’t inform his family, either. At the time, he’d been married to a muggle by the name of Margot Baines, who was raising a brown haired, blue eyed boy, Thomas. He was 5 when his father vanished without a trace.

Despite the hardship that the two suffered because of it, Margot and Tommy persevered! Regardless of her status as a single parent, Margot raised Thomas as well as she could. Growing up with his Uncle Donal right around the corner proved to offer Tommy a strong male presence in his life, and his cousin Talulah was like the sister he never had. He grew up decidedly happy despite it all. The two cousins grew up with a relationship somewhere between siblings and best friends. Tommy, the quieter of the two, often helped steer Tally’s passion and drive in the right direction. Likewise, Tally’s fierce, uncompromising nature often inspired Tommy to take bolder action than he was strictly used to. Together, the two were two peas in a pod, bouncing off of each other as they learned and aged.

As Tommy grew older, he found himself growing out of his otherwise fairly shy shell. He made friends outside of his typical circle. One notable one was Sylvie O'Niell, a girl he and Tally met in kindergarten. The trio were nigh inseparable growing up.

Despite being more subdued than his cousin, his passion burned just as strongly, but perhaps not as brightly or obviously. By nature, Thomas was (and still is) a perfectionist. All of his efforts went towards being the best that he could at nearly everything—especially academics, because he had a certain aptitude for it. Tommy even quit the various sports he gave a try in frustration; he didn’t like not having natural talent like some of his peers.

Regardless of his seemingly tepid exterior, Tommy is quick to anger; he’s simply slow to show it. With a surprising streak of daring, often those he’s just met don’t predict his willingness to put himself on the line for what (and often, who) he cares about. He deeply admires the courage of his peers, especially his cousin Tally, and aspires to achieve great things. However, easily frustrated in his pursuit for glory, he has an awful habit of self-isolation when things don’t go his way.

After a particularly bad math test, Thomas needed some time to rest and recuperate. Adding fractions was hard, man. Tally was never one to let her cousin mope, much to Tommy’s dismay, but in this particular instance Tommy was able to stave off her efforts at cheering him up. In his anger, the boy accidentally channeled his magic potential. Talulah found her toes disgustingly swollen, and so they remained for several hours.

The two were confused beyond belief about the incident, but Tommy was raised very separated from the wizarding world (a choice his mother made after his father’s disappearance), so he didn’t know what it could possibly mean. While Tally had a pretty good idea of what happened, she didn’t mention her hunch about wizardry. The two made a pact of secrecy about the abnormal incident, deciding that seeking out an explanation could wait.

Eventually the Hogwarts letter arrived! While he didn’t fully understand what was going on, still unaware of his wizard heritage, he pressed on without questioning his fate.

OOC NOTE: It totally slipped my mind that I shouldn’t include characters that haven’t been validated yet in this portion! I’ve edited it accordingly, so I’m no longer implying the existence of other characters. I joined with friends, hence the confusion