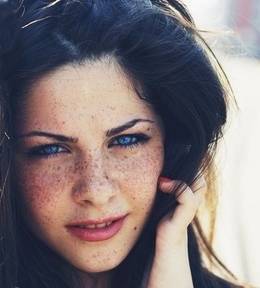 Personality: Sarcastic, loyal, smart, mysterious, looks unapproachable, but is really kind once you get to know her. Quiet, shy, always seems to have many secrets.

(Her friends call her Fina)

History: Sarafina grew up feeling different than most kids. Her parents split up and abandoned her at the age of seven. She found her way to a nice family, when things started to seem weird. She moved around several times, even to different countries. Strange 'coincidences' happened regularly. She discovered a picture of her parents while looking through her things one day. It hadn't been there before; she was sure of it. It was black and white, and looked to be hurriedly torn in half. After it was unwrinkled, she saw what looked to be her mother standing with an owl on her shoulder on one half of the picture, and her father with a strangely carved stick broken at his feet. Neither were smiling. It seemed the stick belonged to her mother, and her father had broken it out of anger. She puzzled over the picture for the next few years, waiting for a valid explanation. There didn't seem to be one. The town felt strange, and she never seemed to fit in. The kids at school weren't exactly friendly to her. She still had no explanation. Then she got the letter from Hogwarts...