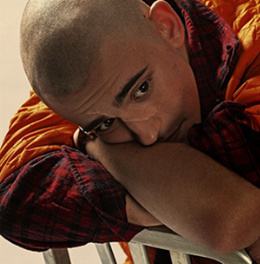 Being tall for his age, Jack always seemed to stand out amongst his peers. The boy is broad-shouldered but lanky. Atop his head sits a curly mass of unkempt brown hair that always pointed off in odd directions. He has a healthy ruddy complexion, and his cheeks were consistently colored rosy pink. A small scar crossed the left side of his lips. It isn't much larger than an inch long. However, it is completely overshadowed by the large scar that now mar's the boy's face.
Born the son Simon J. Warren, a muggle, and Sarah Wieser. Jack's parents are the proprietors of a small pub in Dublin called the BeerMugs & Bookends. The name was made to symbolize his mother's love of books and his father’s love of beer. By no means were they rich, but they were doing well enough to live comfortably. Due to his mother’s requests, he grew up somewhat detached from the wizarding community. By no means was he left unaware, though. Jack had hung around the rougher kids in the city, and there was always a scrap to be had or fight to be won. It is impossible for the boy to back down from a challenge. Headstrong to the point of stupidity. The young Jack has a temper that runs hot and a sharp tongue to bat. Of course, he didn’t always come out victorious over the other kids, but he taught himself how to toughen up pretty quick. However, no matter the situation, he wore a cocky smirk through thick and thin.

Several weeks after Jack’s seventh birthday, he had been out playing a game of football out in the streets with the local kids. It was starting to get dark and cold, and the game was wrapping up. Jack felt like he needed to score the final goal. With a final swift kick, he sent the ball at the trashcan they were using as a goal. What was not expected was that following behind the soaring ball was a small trail of small golden sparks, and it slammed into the can with an unexpected amount of force. It was safe to say that the trash can was not in the same condition they found it in.