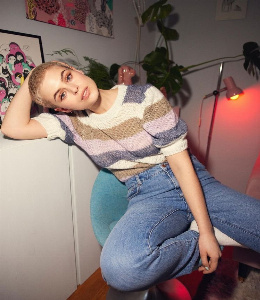 Willow grew up in the small town of Willen in England. She is the daughter of Dorion and Owena Anderson. They kept to themselves and were the eclectics of the town as they practiced what the muggles believe to be witchcraft. She actually discovered her magic abilities by trying to light a fire for her family outdoors with flint and steel and without a spark from those, started the smallest fire which eventually grew into a bigger one from the kindling. She wrote it off as a delayed reaction from the flint and steel and went about her day. She only reexamined what happened when she got her letter from Hogwarts.

Her parents always encouraged her to figure things out on her own, and often had a hands off parenting style. She is largely an independent and curious as a result of this, even if it means being a bit reckless to get the answer she's looking for.

Willow stands at a solid 4'3", a bit short for her age (she's hoping for a growth spurt sometime soon), and she's around the average body size for her age. She has blonde hair and light blue eyes, a classic combination. Her cheeks are slightly chubby which really rounds out her face. Instead of having resting angry face, she has a face that makes her an approachable person for directions, questions in a grocery store, really anything.