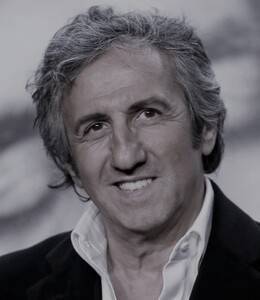 Descended from a line of Squibs, Zahid grew up in the Muggle world. However, he'd been taught about magic long before they knew that he had magic. His father may have been a fifth generation Squib, but the family had always passed on what knowledge they could. Therefore he grew up with stories and, coupled with the fact that he spent a big part of his childhood around what books he could get his hands on – his father was gone a lot and his mother had died in child-birth, leaving him spending quite some time with his aunt watching him even though she was busy with her own children that were all a good 10-15 years older than him – that resulted in his fascination with history.

He attended a muggle school throughout his childhood – Uagadou was far too far away and they'd had no connections there – but there was a small 'school' of never more than 20-40 students of differing ages in total in the outskirts of Benghazi that tutored local wizarding folk.

Growing up in Benghazi during the time of his childhood wasn't easy and he'd made an attempt to escape his home town for university but in the end his chosen subject forced him to study at Garyounis University – a place he later returned to to teach history. (While his main job was teaching muggle history, he also held occasional lectures about wizarding history whenever there were enough wizarding folk enrolled.)

He lost his position in the wake of the 2011 Civil war – there was quite a bit of reshuffling in the aftermath. Not quite sure what to do next, he bounced around a bit and left the country to travel so that he could visit the sites he learned and taught about, doing odd jobs every now and then if he needed money. He returned to Libya for his father's funeral in 2012 but hasn't been back since.

When he heard through the grapevine that there was a magic school in Britain looking for a teacher for History of Magic, he decided to try his luck and apply as he had missed teaching.