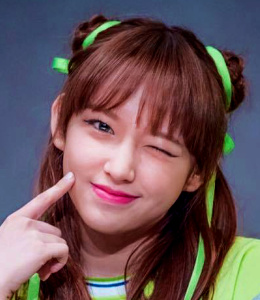 Griseldis Edelhardt was born to an English Pure-blood father and a Chinese Muggle mother. Even though she already knew the existence of Magic due to being a Half-blood. She still lived a normal life as any Muggle child. Since she was a young child, her father always told her bedtime stories about his life as a student of Hogwarts and the heroic tales about Harry Potter. For a kid like Griseldis who was courageous and humble, she saw Harry Potter as her ideal and determined to become a strong wizard like him to protect the people from evil and unjust.

Her first magic surfaced on her 8th birthday, instead of trying to blow out the birthday candles, each tiny flames started to levitate in mid-air like floating lanterns and surprised the entire family. Her parents were overjoyed that their daughter was magical after all but they reminded her to never tell anyone about her magic, not even to her Muggle best friends. Confused but she obeyed without complaints.

Three years later, a snowy owl unexpectedly flew through the opened window and the 11 years old Griseldis saw there was a mysterious envelope in its beak. She curiously opened it and couldn't believe her eyes that it was an invitation letter from Hogwarts School of Witchcraft and Wizardry.

Her journey to become a full-fledged witch began on that fateful day, now ONWARD!