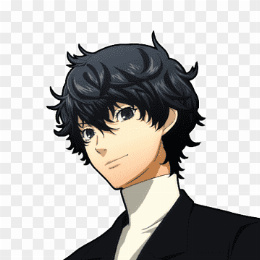 Personality: Very clever, and very mischievous. Dan loves exploring places he's never been to. Has a somewhat problematic case of kleptomania. Dan despises footwear, and will nearly never be seen wearing any unless he is forced to by a dress code. While wearing footwear of any kind, Dan will be noticeably uncomfortable. Dan will often seem as though he cannot take anything seriously and has severe ADHD, but if he really needs to, he can become deadly serious and show laser focus. This however, cannot be maintained for very long. An hour or two at most. He is incredibly ticklish, something his parents take great joy in exploiting, and do so quite often.
There exists a paradox in Dan; He loves climbing things and can enjoy a lovely view, but has crippling Acrophobia, to the point that if he is too high up, or on the lip of a drop that is too long, his entire body will freeze up. While he may come off as innocent and oblivious, Dan is in fact highly observant, and is no stranger to cursing like a sailor's skanger if his emotions get out of hand.

Background: Growing up in Dingle, Dan had an idyllic childhood. His family was wealthy, but not spoiled, he and his friends would explore the woods, his parents would regularly go out on family days or outright vacations, and he was an all around happy boy. School wise, not so much, as it is very hard for him to stay focused for such long periods of time. He has been expelled from a few different schools, not because of this, or even anything else he's done. But because his parents would get physically enraged at teachers when they tried to have him put on "medication". Dan never got to see what happened, but he always had to leave the school the next day. After the third time, his parents had simply had enough, and decided to home school the boy. Dan could sense this was not a permanent thing to them, but didn't quite understand why.
When he was 9, his parents took him to the Oceanworld Aquarium, as they did at least once a month. He was happily watching the otters swim and play, when someone came behind him, clamped a hand over his mouth, grabbed him up and started running. Dan was screaming into the hand, and terrified, trying to wriggle out of the man's grip. The man had begun to say something, but this turned into a scream as the otter enclosure burst, and the man was assaulted by very angry otters. He dropped Dan, and ran, bellowing for someone to get them off. Dan was far too scared to try and rationalize what just happened, and when his parents found him, and were told what happened, they were... strangely calm about glass suddenly shattering and animals attacking. Afterwards, they took him for ice cream.
After this, Dan began noticing strange things happening whenever he got scared. Once, he was watching a funny guy on Youtube play a scary game about animatronic animals, and when he got jumpscared, Dan did too. When he did, all the lights in the house shattered. And every time, his parents did not act as though this was unexpected....