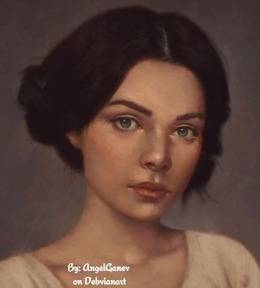 "When I first received my letter none of my siblings or parents believed it was real, they thought I had drawn it up or gotten it from a shop as a gag but when a tall wizard showed up at my door and told my family I wasn't lying I was overjoyed and I used the fact that it wasn't a lie to my advantage. Now any time a family member accuses me of lying I bring it up just to push it in their face that I was right. It's safe to say I love being right and am excited to start Hogwarts." - Michelle Lynch

Michelle Lynch was born on October 23, 2006, to Nacy and Greg Lynch in Dublin, Ireland. Michelle spent her first year in Dublin, Ireland and moved to London, England in 2007. When the move happened Michelle began to display signs of magic such as levitating objects towards her and her crying causing fluctuations in the power, but being muggles Nancy and Greg passed it off as weird coincidences or forgot about it all together. Her two older brothers (Cole 4 years older and John 2 years older) however, did not forget about it and always assumed there was something off about her and as she grew older they tease her often about it. This made Michelle grow a thick skin and care less about the opinions of others.

On August 5, 2009, Michelle's youngest brother, Timothy, was born and she grew especially fond of him and protected him furiously against the onslaught of teasing from the older boys, sometimes even directing the conversation to herself to save her younger brother. Despite the teasing by her older brothers, they were protective, almost too protective, as they shielded her from others and she didn't get to develop many friendships so she has a hard time around new people and in big crowds. Despite that and sometimes the fighting she was extremely close to all of her brothers and loves them dearly.

Michelle considered herself extremely lucky to have a family as close and supportive as hers and even when the letter came telling her she was invited to Hogwarts because she was a witch everyone was skeptical but when an actual wizard cam they were overjoyed for her.

Michelle knows nothing about the wizarding world but is curious and ready to learn.


Appearance
Michelle has long brown hair and grey-blueish eyes, she is 4"9' and a healthy weight.

Personality
Trustworthy, caring, loyal but can sometimes be superstitious and miss trusting of others, she is also prone to jealousy but rarely acts upon it. When she feels she is mistreated/in danger she can get impulsive and angry.