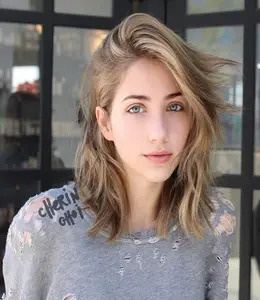 Hailing from the coast of the English Channel primarily the West Sussex region, Elena Jangleton is the youngest of two children born to Robhurst and Adrianna Jangleton. A relatively quiet child with a soft-spoke personality, she holds many things close to her core such as the state of her turbulent relationship with her parents. From a young age, the brunette was exposed to the iron grip and will of the household,a rigid and cold environment which she struggled to adapt to and the atmosphere here was furthen worsened due to her sorting into Gryffindor House. For a family made up of primarily Slytherin graduates, this was the worst sort of shame Elena could bring and only succeeded in worsening the gap between her and her parents.

At first, Hogwarts was not in her future as her parents sought to take a different route with her regarding the thought of Elena pursuing a magical education a lost cause at best as she had not yet displayed any promising signs of magic and did not hesitate at any passing second to remind her of this fact that the girl would not be the witch that she dreamt of in her dreams. This however failed to come to reality the day her brother was ordered to leave the estate and he was written off in her father's will. The argument that ensued between her parents and the girl on this particular matter resulted in a rather emotional verbal shouting match and in circumstances that no one can really explain, one of the candles near Elena levitated for a second before dropping down setting a small fire to the carpet.

She was much too young to realize what had happened at first but the others knew what uncontrolled magic was. Realizing this was potential, her father gave in allowing Darren to stay under certain conditons and changed his attitude about the girl attending Hogwarts though his sole purpose of allowing her to go so that she would grow into a witch in accordance with his expectations, a fact that Elena disposes of and because of this, is naturally rebellious when it comes to family functions and similar events as they all possess the same atmsophere she experiences back home.

Her typical quietness and shyness is a result of the neglect experienced at home that has molded her into this jumpy person that while on the outside, she seems like an typical happy-go-lucky Gryffindor girl, it is her inner self that is fractured and hurting seeking a way out from the iron chains of her family and their harsh upbringings.