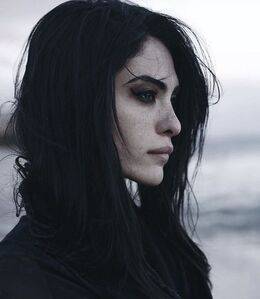 Elaine "Elena" Pendrast
Elaine Temperance; this is who she was born as, though she has not used the name in over two decades. It has become foreign to her, just a litte, rusty like a key that's been left outside for too long, made to endure sunlight and rain, wind and frost until it looked older than it really is. Her name is that to her, something she was given long ago, something she cherishes, not as much as she should but still does.

Elaine. Her mother called her that, in honor of a grandmother she never had humility enough to actually care for.

Temperance her father called her, hoping for something, something better than himself, a decent person because he didn't dare expect greatness from a child of his.

Pendrast; this is the name she carries now. It's a muggle name, a blank sheet. One day she will own the small estate that comes with it, but she doesn't care for any value it has. Pendrast is a solution, the name of a minor English line of nobility, the remnants of a muggleborn aristocrat who loved far above his status and understood too late the workings of the world he had entered.